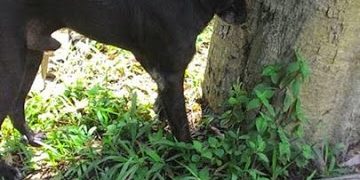 Midnight got so upset when he can’t follow Uncle for a car ride today. Finally Uncle decided to bring him out for a while and later he came back and took his nap with a satisfying smile on his face.
These photos tell a thousand stories between Midnight and Uncle Wong (one of our volunteers) in the shelter. The breed of a dog does not determine their loyalty, affection and love towards the human family who are kind, caring and loving towards them.
Uncle Wong often takes Midnight for a car ride, he is always excited on the days when Uncle Wong is at shelter. After a car ride around the little village, Midnight will be happy and contented for the rest of the day.
The first picture here shows Midnight being upset when Uncle Wong was too busy with shelter works and couldn’t take him for the usual car ride. He showed his unhappiness by putting his head against the tree. Who could resist that sad face right? So Uncle Wong gave in and finally took Midnight for the car ride that he so longed for! 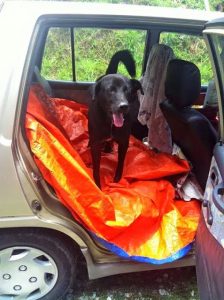 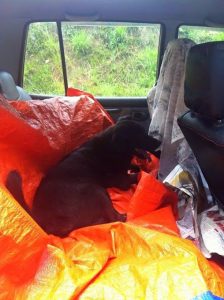 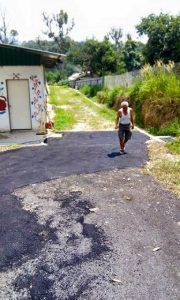 Midnight feeling so at ease and happy to be in Uncle’s car.
Midnight happily enjoying the air conditionin in Uncle’s car and refused to come out. Now we know who is the reason behind Midnight’s attempts to climb out of the kennel. ^^
Our dear volunteer – Uncle Wong to whom Midnight is really attached.
Give animals a Second Chance... Share this post 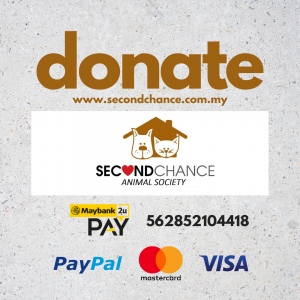